With the publication of ANSI/ASB Standard 036, Standard Practices for Method Validation in Forensic Toxicology, on the OSAC Registry in 2020, many forensic toxicology laboratories needed to update and incorporate these new method validation standards into their laboratory’s workflows.

Presented in this webinar are the new method validation requirements and their application to a postmortem forensic volatile analysis method using a Shimadzu Nexis GC-2030 with dual FIDs and an AOC-6000 Plus multi-injection rail system autosampler. The validated method presented provides a sensitive, accurate, and robust procedure for the simultaneous identification and quantification of methanol, ethanol, isopropanol, and acetone in postmortem specimens, and allows for the presumptive identification of other commonly used and abused solvents.

Rachel received her B.S. degree in Chemistry with minor in Math in 2004 from the University of Cincinnati and her Ph.D. in Analytical Chemistry from University of North Carolina – Chapel Hill under the supervision of Prof. James Jorgenson. In May of 2011, Rachel joined Shimadzu as an Application Scientist in LC and LC-MS/MS at corporate headquarters in Columbia, MD. In 2013, Rachel became a Sr. LCMS Product Specialist and was promoted to LCMS Product coordinator in April of 2017. In October of 2017, Rachel became the first Marketing Manager for Forensic Science at Shimadzu Scientific Instruments.

Joe Kahl is a Toxicologist III with the Miami-Dade Medical Examiner Department and supervises the quantitation and confirmation section of the Toxicology Laboratory. His area of expertise is in analytical toxicology with focuses on GC-MS/MS and LC-MS/MS instrumentation, method development and validation, and QA/QC. He graduated in 2011 from the University of Central Florida with a Bachelor of Science in Forensic Science, and in 2017, he earned his Master of Science degree in Forensic Toxicology from the University of Florida. He began his career with the MDME Toxicology Laboratory in 2012, and he has since co-authored multiple journal publications, as well as presented at national and international scientific meetings. He is currently serving as the Chair of the Society of Forensic Toxicologists Postmortem Toxicology Committee and as an OSAC Toxicology Subcommittee affiliate. He has his certification as a Diplomat in Forensic Toxicology with the American Board of Forensic Toxicologists, as a Toxicological Chemist with the National Registry of Certified Chemists, and he is currently licensed in the State of Florida as a Clinical Laboratory Supervisor. 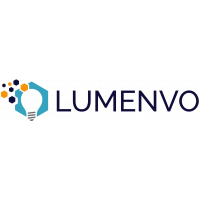